For the ninth year in a row we set a new Guinness World Record.

Thanks to the 592,292 stackers who took part on November 13, 2014, a new Guinness World Record has been established for the "Most People Sport Stacking at Multiple Locations in One Day" beating last year's mark by more than 36,000. The 2014 participants represented 2,693 schools and organizations from 30 countries across the globe. The WSSA extends its appreciation to all of the organizers and stackers for making this the biggest and best STACK UP! yet. Sights are already being set on next year. Registration for the 2015 WSSA STACK UP! will open on September 9th 2015. 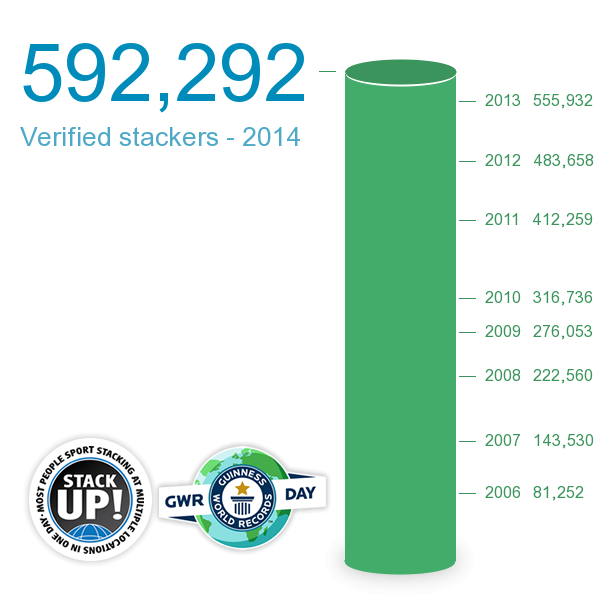 STACK UP! Stamp of Approval

Participating organizers don't forget to download your 2014 WSSA STACK UP! Stamp of Approval as a keepsake of this year's record-setting event. Create one for your School / Organization and for each Participant if you like!