5.000 seconds. It was the third and final attempt of finals that William Orrell stacked that time. That time stood as the Cycle world record for nearly two years. After finishing that attempt, his teammates from Team USA did not know whether to celebrate that there is a new world record or be disappointed that it was not under 5-seconds. William certainly showed signs of disbelief as he caresses his hand on his head. From that day on, William has been on a conquest to make what is possibly the final breakthrough in the Cycle stack – a cycle under 5-seconds. On his return to Columbus, Georgia on 7 January 2017 at the Girls’ Incorporated of Columbus and Phenix-Russell Open Sport Stacking Tournament, William did just that. Same tournament, same spot, and same third try – the only difference was his time, 4.930 seconds. The 4.930 was the first Cycle stacked under 5-seconds in sport stacking history.

Relieved that his goal has finally been achieved, William went into Stack of Champions with complete confidence. First attempt - 5.425. “Not bad”, Josh Hainsel shouted from behind. Second attempt – 4.813. New world record. William continues to make the distance between him and pact following him even greater. With his new Cycle world record, William also becomes the first stacker in history to achieve an overall combined time under 8-seconds. Certainly, not bad at all.

Congratulations to William on his wonderful achievements. The WSSA looks forward to see his continued success in the new Calendar year. 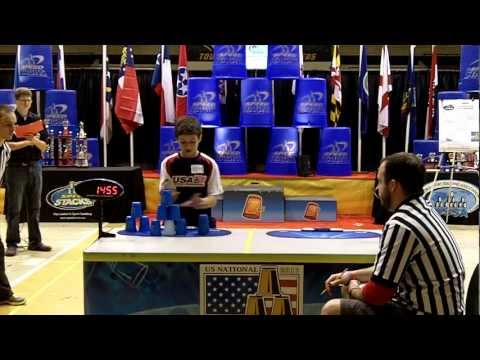 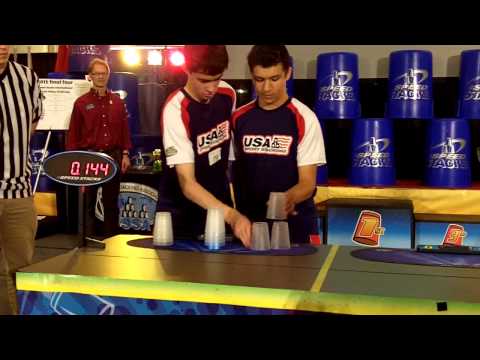