Chu-Chun Yang continues to dominate with two new Overall Female World Records
The reign of Chu-Chun Yang as the fastest female stacker on the planet isn't going to end anytime soon. The 14-year-old member of Team Chinese-Taipei broke two of her own world records at the WSSA Taiwan Elite Invitational in New Taipei City on December 13, 2014. Yang's new record in the 3-6-3 now stands at 2.054 seconds, beating her previous mark of 2.109. In the Cycle, she beat her previous record of 5.714 seconds by more than a tenth of a second with a time of 5.564. She also holds the current 3-3-3 Overall Female World Record with a time of 1.631. Congratulations to Chu-Chun Yang for raising the bar for all female stackers in the world! 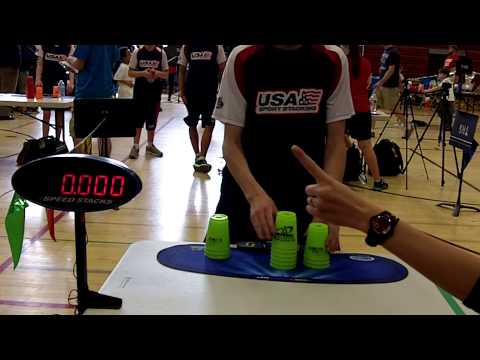